← more from
Forged Artifacts
Get fresh music recommendations delivered to your inbox every Friday. 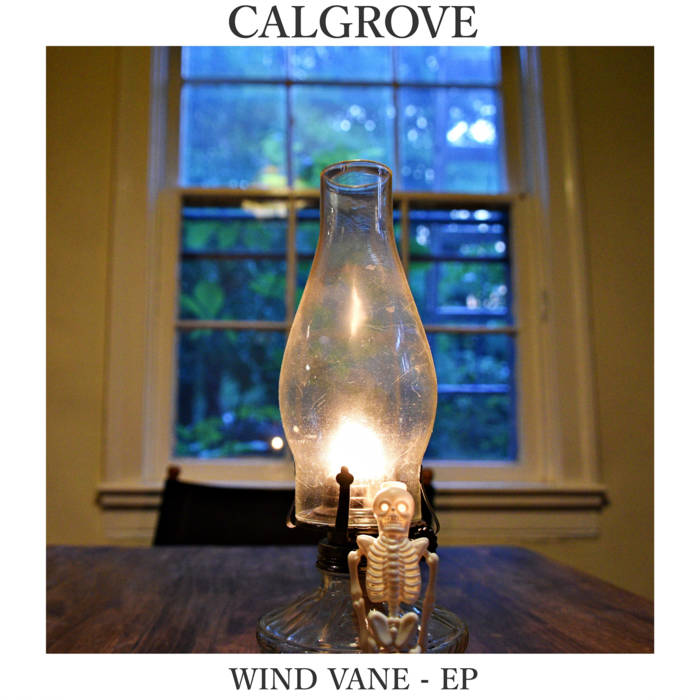 Ryan (Feels So Reel Music/Cocoa Headache) Maybe I'm a sucker for "_grove" bands, but this is great. Everything is well composed. However, the vocals are absolutely stunning with the instrumentation. Hard to imagine a better match.

Catching the sunlight on your wrist while laying in a field of gray. Favorite track: Back it Up.

To learn more about Calgrove and the Baltimore band’s new EP, Wind Vane, let’s take a trip to half-awake Lutherville, Md., where the musicians practice and sometimes sleep.

Here at the Valley Inn tavern, the patrons seem to nod knowingly when inquired about the young quintet. “Are they really that young?” shoots back Earl, 63. Okay, Earl. “I always thought they were a little loud, but honestly I could see one of my kids enjoying some of it. It is kind of pretty,” says Maureen, 58. “Well, yeah, they’ve got lap steel in the band. What the hell would an ugly lap steel sound like?” Earl again. Earl and I schedule a mixtape trade. Let’s move on from this corner.

A fellow named Foday, 25, says he’s heard the new EP. “I know they get a lot of their musical ideas from just jamming. And that is so well-represented with the last song, the title track. They ride it out for a sweet nine minutes. Sometimes you need a little escape, you know?” We agree.

Alessandra, 36, seems to have been waiting for our questions. “You know they put on a show at their house a few weeks ago. I was there. What strikes me is the opposition between the two guitarists’ playing. They do complement each other, but there is an odd separation. Maybe that’s where part of the emotion lies.”

“I’m kind of caught up with the rhythm section,” says Patrick, 48, a friend of Earl’s (though everyone seems to be friends here). “You can’t really create the feel they have in these songs without a solid bassist-drummer team. Calgrove has that.”

“They remind me of myself, when I was young,” David, 50, says. “Except they seem to be creating something and working. I couldn’t ever get a community together, even between my few friends. I guess you need somebody to rally behind and I just wasn’t that person. I think I grew into that role, but not until my late 30s.” David has a point about how the members of Calgrove are building something of their own: something outside of pettiness and misunderstanding; something natural and singular to their certain lives. It has something to do with the group stretching out songs to Can-length in their cellar practice space, and welcoming the local community into their home for evenings spent playing music and sharing jokes. But, David. You’re great. You made something beautiful and you know that. The most exciting part is: the best is yet to come.

"Something outside of Pettiness and misunderstanding"

Bandcamp Daily  your guide to the world of Bandcamp